Thunderbirds Shine on a Stormy Day!

Two Thunderbirds teams took on ENG Sports in their 60-second shooting challenge today. The mixed-age teams of five plus our coach Molly joined the competition via Zoom on a sunny but very blustery afternoon.

A combination of the howling winds of an as-yet-unamed storm, burst balls and unfortunate bounces meant that it was not to be for the TBirds today with two creditable defeats, however everyone achieved excellent scores and it was a great opportunity for the girls to see each other after weeks of Lockdown.

This was the final week of the competition. Two of our girls did make the ENG leaderboards with Abbie the top scorer for Thunderbirds on the day and Mollie achieving the highest score in the whole competition with a massive 33 goals in 60 seconds – that’s less than two seconds per goal! Mollie was putting in a special guest appearance for ENG when she shot 33 so they are named at the top of the table. Both girls plus Issy, another of the ENG team athletes, play together in our U13 side so hopefully they’ll put their shooting skills to good use when play resumes! 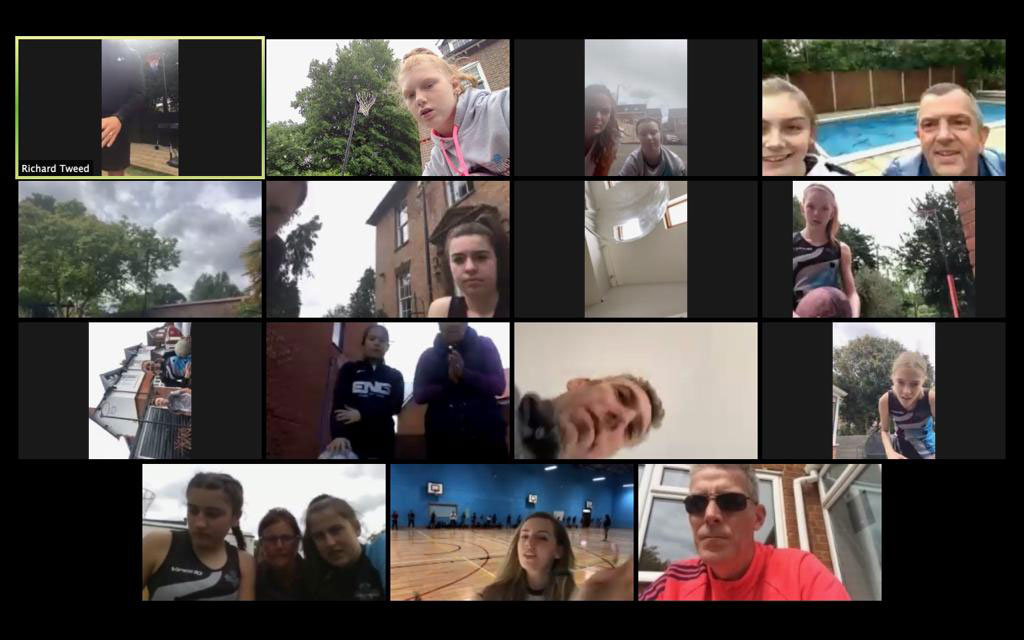